This symposium honored the work and life of Frank A. Moretti, late executive director and co-founder of the Columbia Center for New Media Teaching and Learning (CCNMTL) and Professor of Communications at Teachers College, Columbia University. Colleagues and students of Moretti explored his career as a leading theorist and practitioner in the use of digital technology for education, focusing on his work at Columbia University, Teachers College and The Dalton School.

A memorial service was held the same day at 3:00 PM in St. Paul's Chapel at Columbia University.

Both events were open to the public. See slideshow below.

About Frank A. Moretti

From his birth late in 1943 through high school, Frank A. Moretti lived in West New York, just across the Hudson. He grew up, an only child of older parents, interacting with an extended family, mastering cameras and the darkroom mentored by a New York sports photographer. After high school, he went to St. Bonaventure, where he majored in Classics, graduating in 1965. Then he obscurely entered the New York intellectual scene, building his presence there—and more, much more, he did it his way.

Moretti had a deep love of teaching and through many outward moves, he maintained a continuous presence in one or another classroom. In 1966 he started as an instructor in Greek and Latin at St. Peter’s Prep in Jersey City. Then a year later he careened back and forth to St. Bonaventure in western New York as an instructor there, and then he worked at Adelphi University for three years. In 1966, he had entered graduate school in classics at Columbia, shifting in the fall of 1968 to a Ph.D. program in the history of education at Teachers College.

Somewhat paradoxically, from these beginnings, Moretti became an independent teacher and a professional student. He never molded himself for a standard academic career, but through the force of energy, intellect, and personality he turned the adjunct’s path into a succession of productive opportunities, among them at Barnard College (1970-73), at Bloomfield College (1973-75), in a variety of instructional/administrative roles at the NYU School of Continuing Education (1971-1994), through diverse courses at Teachers College, Columbia University (1981-2013), as assistant and associate headmaster at the Dalton School (1981-1997), and finally as executive director of the Columbia Center for New Media Teaching and Learning (1999-2013). Whatever the position and its responsibilities, Moretti relished engaging them as educator, marveling at his good fortune at earning a good living for continuously pursuing his own education in the company of others.

As a committed intellectual, Moretti was productive and influential despite having a limited record as an academic writer. He slowly, persistently wrote an excellent dissertation on Augustus and Vergil, having started it in 1973 and defending it in 1983. Daily, he would read literary and scholarly works in energetic bursts, filling the margins with his forceful argumentation, appreciation, and unexpected asides. He was an alert, active administrator, attuned to an end in view, but even more to the quality of mind, attention, and commitment in those with whom he worked. In paintings, photos, memos, phone calls, meetings, talks, lectures, occasional essays, and multimedia study environments he expressed both his self and his learning, and thereby left his mark. 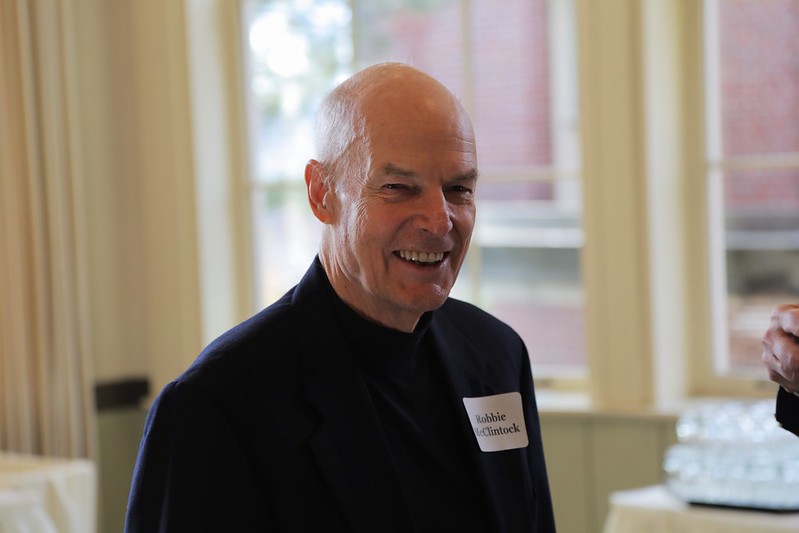